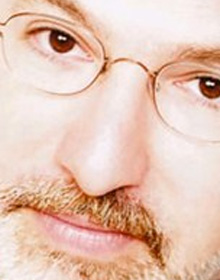 Paul has over 30 years of experience in the publishing industry. Prior to setting the Feldstein Agency, a literary agency and publishing consultancy, with his wife Susan in 2007, he was Managing Director of Trafalgar Square, the leading U.S. distributor of U.K. publishers, until the company was sold in 2006 to IPG. In addition to running the distribution company, he started and ran Trafalgar’s own very successful illustrated publishing imprint. He began his 20 years at Trafalgar as Sales & Marketing Director, a role he retained as Managing Director. During his tenure, sales increased ten fold, distribution clients grew from ten to fifty, and Trafalgar’s reputation on both sides of the Atlantic was second to none.

Paul began his publishing career at Marboro Books in New York as a bookseller, moving on to Direction of Operations & Finance at Abbeville Press. In 1986, he relocated to Vermont to join Trafalgar Square. He has a degree in English and American literature from Suny Purchase. He moved to Northern Ireland with his wife Susan in 2007.

Paul has extensive contacts and experience on both sides of the Atlantic, and his reputation for responsiveness, efficiency, professionalism and results is unparalleled.