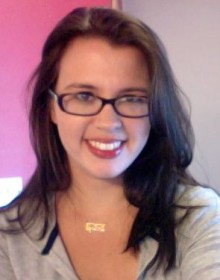 Betsy Cornwell is a New York Times bestselling author based in County Galway. She is the Story Editor at Parabola, a leading international magazine focusing on mythology and religion. She holds an MFA in creative writing from the University of Notre Dame.

Betsy’s novel Mechanica, a steampunk retelling of Cinderella, placed on best of the year lists at USA Today, Amazon.com, the Bank Street Center for Children’s Literature, the American Library Association’s Feminist Task Force, and the Young Adult Library Services Association. In a starred review, Kirkus called Mechanica “a smart, refreshing alternative to stale genre tropes.” A companion novel titled Venturess is forthcoming from Clarion Books/Houghton Mifflin Harcourt in spring 2017.
Betsy’s debut novel, Tides, a young adult retelling of the Irish folktale “The Selkie Bride,” was published in 2013 to critical acclaim including a starred review from Publisher’s Weekly, a place in the Bank Street Best Children’s Books of the Year, and a Bisexual Book Awards nomination.
Betsy has extensive experience in both book and magazine publishing.  She was the 2011 Sparks Fellow at Park Literary Group, a prestigious Manhattan literary agency, where she worked with popular novelists such as Nicholas Sparks and Emily Giffin. She has appeared on National Public Radio in America to discuss young adult fiction.She was the Editor-in-Chief of Labrys and an editor and columnist at Teen Ink before pursuing her MFA at Notre Dame. Her literary agent is Sara Crowe at Harvey Klinger, Inc.