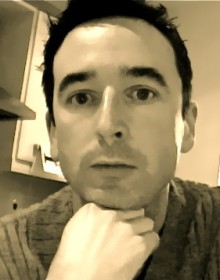 Robert has twenty years’ experience in bringing books to market, but he’s not nearly as old as that makes him sound. Having worked as an editor, project manager and sales manager in Ireland and the UK, he knows exactly how much coffee it takes to turn a manuscript into a finished book (quite a lot!). Besides this he has a thorough understanding of the publishing industry, from commissioning to sales and marketing, which is probably what you’re more interested in.

Robert has worked on many best-selling titles with publishers such as Mercier Press, O’Brien Press, Pearson and Y Books. He has also worked on some not-so-best-selling books, and that’s where he learned the most. He is currently Editorial Director at Kazoo Independent Publishing Services and he also accepts a limited number of freelance editing projects.

Most of Robert’s time is spent helping authors to bring out the best in their manuscripts through more economical and effective writing, and he considers himself very lucky to be able to do this. He’s quite big on the difference between which and that but he’s doing his best to get over it. Visit Robert’s blog here