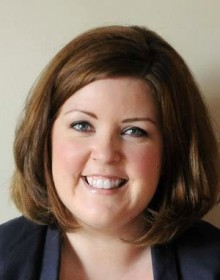 Catherine Ryan Howard is a writer and blogger from Cork. She self-published her first book, Mousetrapped: A Year and A Bit in Orlando, Florida, after feedback from agents and editors suggested that while it was an enjoyable read, there was just no market for a tale involving a twenty-something Irish girl, Walt Disney World, Space Shuttle launches, Bruce Willis and the Ebola virus – and at the time, they were right. But through blogging, tweeting and a Facebook page, Catherine managed to build an audience for her writing. So much so that when Mousetrapped was released in March 2010, it quickly became an Amazon bestseller and has since sold more than 10,000 copies.

Having struggled to find pragmatic self-publishing advice both online and in print, Catherine then worked to turn her own blog into a one-stop shop for the realistic self-publisher and later, that blog into a book, Self-Printed: The Sane Person’s Guide to Self-Publishing.

Catherine has also self-published her first fiction title, a novel called Results Not Typical, and followed up Mousetrapped with the story of what happened next, Backpacked: A Reluctant Trip Across Central America.

Catherine’s blog has been listed as one of the top ten self publishing blogs in the world, and her self-publishing success story has been featured in The Sunday Times, The Sunday Independent and Woman’s Way, and Catherine has spoken about it on BBC Radio Ulster, Newstalk and The Marian Finucane Show on RTE Radio 1.

Read her interview in The Irish Times here