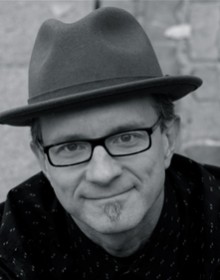 Michael Emberley has been writing and illustrating children’s books since 1979.

He grew up in Ipswich, Massachusetts, just north of Boston, has lived in Oakland CA, and in San Diego, Calif, but now he lives just south of Dublin, Ireland, between the Irish Sea, and the Wicklow mountains.

His hobbies include bicycle racing, bike riding, cycling, mountain biking, avoiding driving, and talking in a funny accent. He bought his first television set at age of forty so he could watch a bike race and his first car a few years later because there was no subway in California.

He does drive still and cycle in Ireland almost as much as he did in America, just on the wrong side of the road….