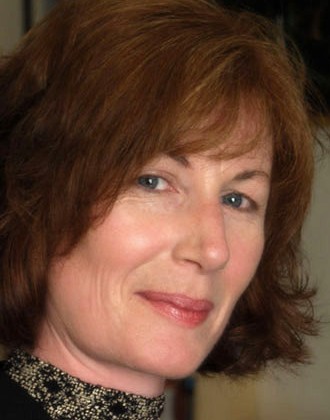 Writing under the name of ‘Caren Kennedy’, Elizabeth is the creator of a scripted television comedy drama series optioned by JJ Abrams (Star Wars) and Warner Brothers TV (2007 – 2014) and co-author of Fake Alibis (BenBella Books, 2009). In 2015, she won a place on the RED ROCK Writers Academy (funded by Screen Training Ireland and the BAI) where she underwent intensive training on writing for television with John Yorke, former head of Channel Four Drama. This included completing a shadow / trial script and she began writing for TV3’s RED ROCK drama series in 2016 (Season 3, 2017).

Elizabeth is also book editor with Cyberscribe.ie, online writing tutor with The Inkwell Group, and active member of Arts Council Ireland sponsored ‘Writers in Prisons’ scheme. She is currently working on completing her first screenplay, Tough Love, an extract of which came runner-up in the Linen Press 2015 ‘New Beginnings’ Competition for its: multiple layers, depth, political backdrop, vibrant and rich dialogue. Other writing credits include local, national, and international publications.

She is a full member of Writers Guild of Ireland and is represented in the US by Vamnation Entertainment.

“This course is incredibly informative and Caren is such a treat. The one-on-one help with my work, the modules, the research into the market, the links, the advice … all of this helped me really understand the process of TV writing.

I would DEFINITELY recommend this course to anyone who aspires to get into the tough world of television.” Anne O’Donnell, who writes under the name Jax Miller

“I recently started Caren Kennedy’s  ‘Writing TV Treatments’ course and I’m finding it instructive, informative and very interesting.  Each module, delivered in easy-to-learn units, is taking my TV show idea, fleshing it out, pumping it up and transforming it into a robust pitch.  I would highly recommend this course to anyone wishing to write for TV.” Maura Byrne