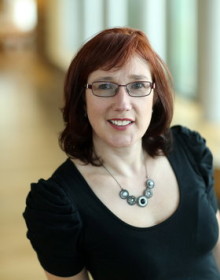 Vanessa Fox O’Loughlin is the founder of The Inkwell Group.

Vanessa writes crime as Sam Blake, the No 1 bestselling author of the Cat Connolly Garda police trilogy (Bonnier), and standalones Keep Your Eyes on Me and The Dark Room (Corvus Books). Across her books she has been an Eason No 1 bestseller for 8 weeks, an Irish Times No 1 for five weeks, in the Irish top ten for 22 weeks and has outsold Graham Norton (amongst others!) Her first novel Little Bones was shortlisted for Irish Crime Novel of the Year. Rights enquiries to Simon Trewin

Vanessa Fox O’Loughlin also conceived, developed and runs the multi award winning writing resources website Writing.ie, and is the founder of Murder One, Ireland’s International Crime Writing Festival.  Vanessa is a board member of the Society of Authors, led by Chair Joanne Harris, the UK based trade union that campaigns and lobbies at government level on issues that affect authors. She is also a fellow of the Royal Society for the Encouragement of the Arts, Manufactures and Commerce (RSA) and a past chair of Irish PEN.

Vanessa conceived and developed the National Emerging Writer Programme for Dublin City of Literature, and was the anchor and producer of  WritersWebTV.com bringing free, live, online workshops to writers worldwide.

As an event programmer Vanessa developed the Great Writing, Great Places series for Dublin City of Literature, programmes the Waterford Writers festival and is co-programmer of the literary strand of the Bram Stoker Festival. She regularly programmes and facilitates agent events and is the founder and director of Murder One, Ireland’s International Crime Writing Festival.

If you’d like Vanessa to speak to your writing group, organisation, event or festival, email: vanessa@writing.ie .

Vanessa in the Press