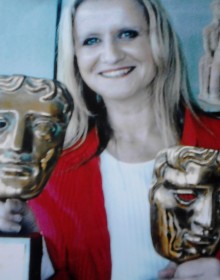 When I decided to embark on my book writing journey I knew nothing whatsoever about the process. I had so many questions.  How many pages would I write? How would I put it together? Who could I get to help? Where would I send it? I had no idea about…

When I decided to embark on my book writing journey I knew nothing whatsoever about the process. I had so many questions.  How many
pages would I write? How would I put it together? Who could I get to help? Where would I send it? I had no idea about agents or how to obtain one and no idea how to approach a publisher.  Finding an agent was said to be harder to find than a publisher. I was discouraged before I started.

I had plans to write a book on travel which came as an inspirational bolt out of the blue as I stood in a book shop. I was excited. Looking at all the travel shelves thrilled me as I saw Michael Palin’s books, Carol Drinkwater’s Mediterranean books, then all the adventure travel books such as Dervla Murphy and Jonathan Dimbeleby’s Russia. Travel journalism stirred me and the thoughts of adding John Simpson of the BBC and Simon Reeve also BBC elevated me even more. I was broadening the horizons of the book to include all facets of travel. With a strong passion to write about this exhilarating subject, I was now on a journey myself and there was no turning back.

Going into the unknown was to set a challenge like none other, I felt like a blind man feeling my way and not knowing where the next step would lead. I knew I needed some kind of guidance to set me on my way. Just at that time I read an article in the Bray people. It was in the
form of a feature and contained an interview with Vanessa Fox O’Loughlin founder of Inkwell the writers group. I never knew such a
group existed.

I was very impressed by the interview and Vanessa seemed to have a high degree of expertise in both book writing and also had a background
in book marketing.  Because I was hoping to sell internationally I felt I should contact her for advice.

I’m very glad I did because the book was an anthology involving 25 different people, some very well known in the public field. Vanessa was a great encouragement to me saying she really felt the book I was about to write was a possibility.  Her positive attitude helped enormously.

From the outset she gave me good sound advice on putting together a book proposal. With her expertise in the marketing area she was able to give me great guidelines for putting it all together. Nothing was too much trouble for her even with her own hectic schedule and family commitments. She was there at every stage – when I had a question Vanessa inevitably was able to help. It was so refreshing to make contact with someone who would level with me and tell the truth as they see it.

Originally I had called my book ‘The Treasure Chest of Travel’ I liked the title  but Vanessa wasn’t in agreement that it was catchy enough to draw a publisher’s eye. I was reluctant to change it but Vanessa convinced me otherwise. I sat down and thought up several new titles, one of which was ‘The Global Suitcase.‘  I liked it and Vanessa did too. The treasure chest of travel transformed into The Global Suitcase and it had an international ring to it, which was just as well because the publishers had plans to send The Global Suitcase to every corner of the globe.

She gave good sound advice with putting together attractive book proposal guidelines. I found this so helpful and it gave me a focus. I found Inkwell’s help especially useful when dealing with the legal aspects of the book. I hadn’t even thought of this aspect. Vanessa warned me that I needed to have everything in place and to make sure that I could deliver all I promised in the book proposal before offering it to potential publishers; Vanessa warned me that I would need to obtain licences for the publisher saying I have obtained permission to interview and use the interview in my book. This advice was to stand me a good stead when one of the contributors was convinced they hadn’t donated any photos. I was able to refer back and it served as a reminder of what was originally agreed. There were a few incidents which could have been a disaster had I not taken this advice.

Vanessa also put me in touch with a chap in the publishing industry who was expert in the field of copyright and licences. In this case it was
More complicated as we needed to look at UK copyright –  I would say that Inkwell is a great resource for the Irish writer and Vanessa’s honesty in what she tells you is valuable. I found Inkwell to be a good signpost leading my book to a good home.