Success for Caroline Finnerty – In A Moment 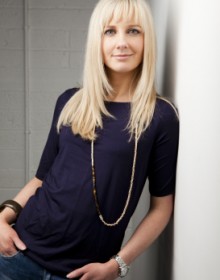 Before I had attended an Inkwell workshop, I had been writing on and off for a few years and had noticed a pattern forming. I would start off a novel full of enthusiasm but then usually at around 30,000 words into it, I would start to wane. The self-doubt would…

Before I had attended an Inkwell workshop, I had been writing on and off for a few years and had noticed a pattern forming. I would start off a novel full of enthusiasm but then usually at around 30,000 words into it, I would start to wane. The self-doubt would get the better of me and I would put the manuscript aside feeling it was no good.

Then after my first child was born in 2009, I had the idea for In a Moment. I started writing it while I was on maternity leave but once again, just as I was approaching the 30,000-word mark, the insecurities started to raise their head. However the idea wouldn’t leave me and I knew I really wanted to finish this book but I needed help. I decided to enroll in the Inkwell ‘Getting Published’ workshop in May 2010. The line-up was impressive; there was a leading UK literary agent, editors from the publishing houses Poolbeg and Gill & Macmillan as well as an author giving tips on manuscript submission.

I have to admit to feeling very intimidated when I walked in to the meet and greet that day, but Vanessa introduced herself and immediately put me at ease. Then the day started and we listened as the speakers told us about the business of publishing; margins, cover sizes, the genres that were selling well at the moment, what works in a submission and what doesn’t work, everything was discussed. Before Inkwell, I had spent a lot of time procrastinating on the internet reading tips on how to get published but within minutes I already had learnt so much new information that I hadn’t heard before and I knew I had definitely made the right decision to come.

By the end of the first session I already had pages full of notes from the brilliant speakers. Then it was time for a coffee break and I remember being shocked that the speakers were mingling with us – I had thought that they would just give their talks and go home, but no, they stayed around to talk with the attendees although I have to admit that I was too shy to go up and introduce myself to them.

Later we listened to literary agent Sheila Crowley tell us about publishing from an agent’s perspective and what she was looking for in submissions. I nearly died when she sat down beside me at lunch and turned into a gibbering wreck.

When the day was over, I came out on such a high and motivated to keep going with my writing. I even rang my mam in the car on the way home to tell her all about it and how excited I was to go home and start putting everything that I had learnt into practice on In a Moment.

Without doubt the best bit of the day for me was the encouragement and confidence that I gained. After going to the ‘Getting Published’ workshop, I started to see that maybe my dreams were closer than I thought, that I could actually do this. I decided to promise myself that I would finish In a Moment first and then I would think about what happened next.

Seven months later in December 2010 I sent my completed manuscript into Poolbeg. In 2011 I received a call from Paula Campbell in Poolbeg (the same woman I had been too afraid to talk to a year earlier) offering me a three-book deal. In a Moment hit the bookshelves in April 2012, a moment I will never forget. I often think if I had not attended that workshop, that I might not have been encouraged to finish it. Even now as a published writer, I have had the same problem with self-doubt on each of my books but I now recognise it and keep writing through it. If I hadn’t gone to Inkwell, In a Moment would probably be still be sitting on my hard-drive with the rest of my unfinished manuscripts and I might not have ever got the chance to see my dream become a reality.

Caroline Finnerty lives in Co. Kildare with her husband and three young children and their Labrador Sam. Her first novel In a Moment was published in 2012, her second novel The Last Goodbye was released in July 2013, both are published by Poolbeg. She is currently working on her third book. You can find out more about her on www.carolinefinnerty.ie or find her on twitter where she is @cfinnertywriter.