Helping Jane to Serve Up a Treat 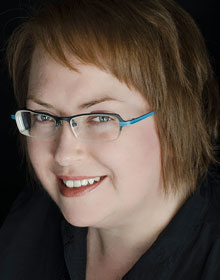 When she first began writing about four years ago, Jane Travers knew she was writing into the void. She went hunting for professional advice and found Inkwell. She has never looked back and here she shares her story.

When I began I knew no other writers and my only feedback came from friends and family. I knew that I needed someone with distance and objectivity to read my stuff, to pull my writing up by its bootstraps.

Eventually I came across inkwellwriters.ie and was impressed; this site, with its writing courses, critiquing services and more, seemed to be everything I was looking for. I banged off a query email and was astonished to receive an almost instant reply from an actual real, live person! That person, of course, was the dynamic Vanessa O’Loughlin. After a quick back and forth conversation I signed up for two things; a fiction writing course, and a critique of my work so far. Both were fantastic and taught me a huge amount about the art, the craft and the business of writing.

A few months later Vanessa, now a regular contact and mentor figure, told me sternly that if I was serious about writing then I needed to start building my profile by blogging and tweeting. I moaned briefly, but had already learned that Vanessa is a force to be reckoned with and to just do as I was told. So I joined Twitter.

A whole world of writers, publishers, agents, booksellers and book lovers opened up before me as soon as I began to engage in Twitter. The wealth of information that is out there is just astonishing; books, articles, forums on all aspects of writing and publishing are discussed, dissected and debated there. I quickly learned that Twitter is not just a procrastination tool; Twitter writers are a big-hearted community, who support and nurture each other on a daily basis. I was hooked.

So it was in April 2010 that, while working on a novel, I got the idea to compile a book entirely through the medium of Twitter. Tweet Treats: 140 characters, 140 celebrities, recipes for every occasion was the result, and huge numbers of my Twitter writer friends contributed. Again, Vanessa’s help was key. She checked in on me regularly as I worked on Tweet Treats and when I was done, she guided me through the process of compiling a full proposal, making sure I put my all into it. She then plonked said proposal in front of The O’Brien Press, and ten minutes later I had a phone call… The rest, as they say, is history and Tweet Treats was published by The O’Brien Press in October 2011.

As far as I’m concerned, I still have an awful lot to learn. I followed up that initial Inkwell course by attending others over the years, and will continue to do so. There’s nothing like full immersion in a well-taught course to revive your flagging writer’s spirits and drive away writer’s block. But Inkwell is not just about courses and critiques. One of Vanessa’s greatest triumphs, I believe, lies in creating a community of Irish writers. We writers are frequently a shy, insular, socially awkward lot, but Vanessa pushes people together and helps to forge friendships. Through Inkwell I have met a number of writers who I now consider to be good friends. We can call on each other for an opinion, a shoulder to cry on, or to share good news  – people who really get what it means to receive a ‘good rejection’ or to be shortlisted for a prize. Over the years that I have been involved with Inkwell there has been more and more good news to share, all of it thanks in no small part to Vanessa and her tireless mentoring.

If you’re reading this and wishing you’d joined Inkwell years ago, then don’t worry. We are a family, the Inkwell Writers, not a clique. In every family there are members who grow up and move on, and new generations who come along and are given guidance.

You can find Tweet Treats on Amazon, at The Book Depository, At Eason and at Waterstones.