Philip Coleman and The Master’s Book 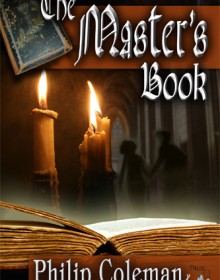 I’ve always been a pretty voracious reader, taking in everything from classics to fantasy, thrillers and children’s books. While I used to write a lot in my teens, my university studies (a B.Sc. and a Ph.D in botany), followed by a job in the civil service, marriage and children, pushed… 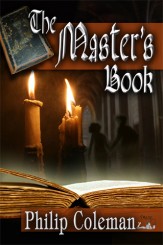 I’ve always been a pretty voracious reader, taking in everything from classics to fantasy, thrillers and children’s books. While I used to write a lot in my teens, my university studies (a B.Sc. and a Ph.D in botany), followed by a job in the civil service, marriage and children, pushed writing to the back of my mind for a long time, although I still had the childish dream of writing a novel some day.

What made me finally start writing in earnest when I was approaching my fifties? Well, several things really. One was the experience reading aloud to my two children, which allowed me to re-live the pleasure of good classic children’s books and to discover many new ones, (although, by the time the practise petered out in their teens, we were reading pretty grown-up stuff together, including Cocteau’s Les Enfants Terribles, which my daughter particularly liked).

Then my daughter introduced me to Philip Pulman’s marvellous Dark Materials trilogy. Those who have read it will know that the final scene takes place in the Oxford Botanic Garden, and that gave me the idea, with my botanical background, of writing a fantasy that would also be set in a botanic garden. I wrote the book in a matter of weeks but, unfortunately, it soon became clear that I had a lot to learn and that manuscript is now on the shelf. One of the problems with it was that it couldn’t make up its mind as to whether it was a children’s or an adults’ book. My second attempt, also a fantasy, was clearly aimed at middle grade readers. It got to second readings with two publishers but ultimately it too had to be shelved.

By now, at least, I knew that, if I had any natural bent at all, it was for children’s writing. So I signed up for an Inkwell workshop on this topic. It was an absolute joy and I really can’t recommend highly enough the morale boost that you get from interacting with other writers. Marita Conlon McKenna seemed to like my attempts at the writing exercises we did in the workshop and this was a huge encouragement for me when I really needed it. Later, when I’d taken a job with WWF in Switzerland, I travelled back specially for another workshop.

I also decided to take the advice of those who say “write about what you know” (though if this advice were followed nobody would ever write fantasy and we would be the poorer). The obvious setting to me, therefore, seemed to be Brussels, since I’d spent three years there during my children’s formative years and they were among the most exciting three years of my life.

When you mention Brussels to people who haven’t been there, they think of boring bureaucracy and they are not entirely wrong. However, when you live there, you realise there’s so much more. For example, Brussels is the capital of comic strip, since so many comic strip writers were Belgian. There’s a comic strip museum and there are even murals around the city of scenes from famous strips. Parts of the city are horrible but parts are full of history. And then there are the picture-postcard medieval towns of Bruges and Ghent nearby which, in their heyday, were more important, if anything, than Brussels itself. 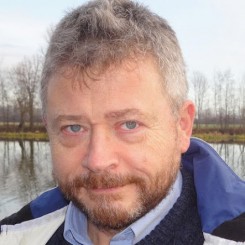 I wanted to capture that atmosphere of teen cool mixed up with a rich historical legacy, so I came up with a story that revolved around an Irish teenage boy that had just moved to Brussels and that gets mixed up in the loss of a precious medieval manuscript. One of the remarkable things about the European School in Brussels that my kids went to was the number of stunningly beautiful children of mixed parentage. So it seemed natural that the other chief protagonist would be a girl with a Congolese mother and an English father. These, then were the essential elements of what became The Master’s Book.

After a lot of submissions, two more second readings and then a complete rewrite, I still didn’t seem to be any nearer to getting the work published. I attended the Festival of Writing in York where one agent said that the excerpt she read was one of the best pieces she’d received at the festival – but she still didn’t take me on.

Then I came to read an e-book that a Facebook friend, Kristy Brown, had published, entitled Kiera’s Quest: Awakenings (it’s a great book, by the way, as is the sequel, Kiera’s Quest: Sacrifices). I asked her about where she’d found the publisher and she told me about MuseItUp, the Canadian company, which, for the most part, deals in e-books. I sent it to them, never expecting to hear anything back. Then, one day, when I was in the WWF office in Washington and took some spare time to check my emails, I got the news that they loved it and they wanted to publish it. I had to read the email twice to make sure it wasn’t another rejection.

After I’d signed the contract, I attended a book festival in Morges, Switzerland, where the crime authors Denise Mina and Laura Wilson were both remarking that things have got much more difficult for début authors since their time, and that they don’t know how any such authors ever manage to get started. I’m grateful, therefore, for the support of MuseItUp. I’ve had two excellent editors (something else those authors said is essential and something you don’t get if you self-publish). Of course, the proof will be in the sales and I’m much more realistic about that now than I was five years ago. Nevertheless, based on my experience so far I’d encourage new authors to try the route of the small independent publishers as one way to get a toe on the ladder.

I still don’t have an agent, by the way!

Find out more about The Master’s Book at MuseItUp Publishing