Helen Marie Clarke Over The Moon With Over PJ’s 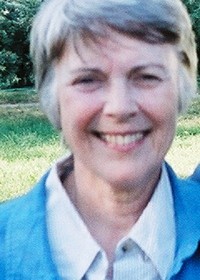 My grand-uncle Patrick Joseph Clarke was a charming man and he made a great success of his local bar on 55th Street and Third Avenue in Manhattan.  He opened the bar, called Clarke’s, 100 years ago in 1912, ten years after he arrived from County Leitrim. Uncle Paddy lived over the…

My grand-uncle Patrick Joseph Clarke was a charming man and he made a great success of his local bar on 55th Street and Third Avenue in Manhattan.  He opened the bar, called Clarke’s, 100 years ago in 1912, ten years after he arrived from County Leitrim. Uncle Paddy lived over the bar on the second floor of the tenement building until he died in 1948.

As a little girl my parents would bring me to visit Uncle Paddy and we always entered through the “Ladies Entrance” on the 55th Street side of the saloon, next to the shoeshine stand.  I was in awe of Uncle Paddy and his bar and loved coming there.

In 1944 Hollywood filmmaker Billy Wilder chose Clarke’s saloon to be the site for the bar scenes in his Academy Award winning movie about an alcoholic writer, “Lost Weekend.”  This event began the rise to fame of my granduncle’s saloon.

When Uncle Paddy died in 1948 his nephew Charlie Clarke continued on as the manager under the new owners, the Lavezzo family.  Dan Lavezzo Jr. began to draw celebrities, like Frank Sinatra, and athletes, like the New York Giants football team, to the bar.  Word got around and soon P.J. Clarke’s was one of the most popular watering holes in Manhattan.

I began to collect stories about the saloon from my family members, especially from my father and his five brothers.  My uncle Tom Clarke, a Jesuit priest, was the one who suggested the title of my memoir, Over P.J.’s.  Besides the family stories I also began collecting the tales that my husband John Molanphy had gathered from his perspective as an employee at Clarke’s during two different decades.  The early chapters of the book are about the family experience in New York and on 55th Street and Third Avenue.  The later chapters concern P.J. Clarke’s in its heyday from the production of the film, “Lost Weekend” to the times when Marilyn Monroe joined the Rat Pack and Jacqueline Kennedy at Clarke’s.  The bar hit a high note in 1971 when a caricature of it appeared on the cover of the New Yorker magazine and various other artistic representations followed. 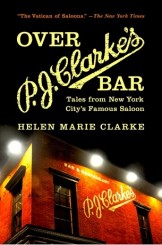 While there have been various news pieces written about P.J. Clarke’s no one has ever written a book about the place and it seemed to me that it was a story eager to be told.  Once called the “little bar that could” because it survived Prohibition, Eastside New York development and bankruptcy, P.J. Clarke’s is flourishing today under the direction of the Clarke’s Group headed by Phil Scotti, a noted restaurant owner in Manhattan. There are now two more P.J. Clarke’s in Manhattan, and others in Las Vegas, Nevada, Washington D.C., Chicago and Sao Paulo, Brazil.  May my granduncle’s saloon last another hundred years.

It was my good fortune to find Vanessa O’Loughlin and Inkwell on the internet in a Google search.  Vanessa worked with me and devised a way of getting two memoirs out of the materials I sent her.  The first is Over P.J.’s accepted for publication by Skyhorse Publishing in Manhattan scheduled for a fall 2012 release, and the second is a work in progress Through the Ladies Entrance: Tales from Saloon, School and Sanctuary.  It also links back to my granduncle’s bar with its side “Ladies’ Entrance.” Vanessa has proved to be an outstanding editor and teacher and it was her devotion to this story that has enabled it to reach an audience.  Vanessa introduced me to my agent Paul Feldstein of The Feldstein Agency who sold the book to Skyhorse. I am very grateful.