Love is the Easy Bit for Mary Grehan 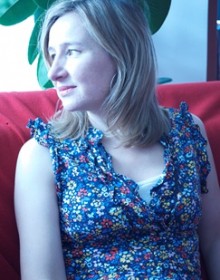 Getting published is a slow process – everyone tells you that – and then unexpectedly it speeds up to a pace that leaves you breathless.

That happened for me last August when I sent the first three chapters of my first book profile, synopsis and agent’s letter to Inkwell Writers as part of their submission service.

Getting published is a slow process – everyone tells you that – and then unexpectedly it speeds up to a pace that leaves you breathless.

That happened for me last August when I sent the first three chapters of my first book profile, synopsis and agent’s letter to Inkwell Writers as part of their submission service. Just three weeks after sending it, I had an offer of representation from The Book Bureau Literary Agents with whom Inkwell had made direct contact on my behalf.  Fast forwarding to the end of the story, my book entitled Love is the Easy Bit will be published by Penguin Ireland next year!

Love is the Easy Bit is, in the words of my editor, ‘a gritty redemptive novel about a young mother’s breakdown and recovery’. It tells the moving story of artist Sylvia Larkin’s struggle with and ultimate survival of her family history and the impact of this on her ability to bond with her 11 year old daughter Kate. The novel is told in Sylvia’s quirky and irreverent voice and is spliced with her reflections on happiness, marriage, motherhood, art and love.

I first met Vanessa O’Loughlin of Inkwell Writers at a Getting Published workshop as part of Waterford Writers Festival in March 2011. Her knowledge of the publishing sector and the who’s who that occupy it is vast and up to the minute and she is generous in sharing it. She does not treat getting published as some impossible holy grail. Rather her pragmatic can-do approach breaks down the process into a number of achievable actions which, for the uninitiated like me, makes the impossible possible.

Vanessa is at all times highly approachable, occupying that space between writers, agents and publishers and accompanying writers across the threshold from writing to getting published. She uses her knowledge in matching writers to agents where she believes they have a future together.  That is what she did for me in putting me in touch with my agent Ger Nichol of The Book Bureau. In so doing, Vanessa helped me bypass the excruciating exercise of approaching agents cold.

The day after signing a contract with The Book Bureau, my manuscript was sent to nine publishers in Ireland and the UK and by October, I had an offer of publication from Penguin Ireland. Now, just six months after first contacting Inkwell I am working with my editor Patricia Deevy on preparing my manuscript for publication. It’s a fascinating process, one that scrutinises and unpacks the work and puts it back together again, the same but better, so that the illusion of fiction is made as real as possible for the reader.