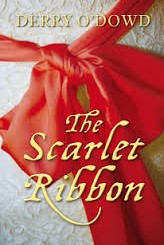 Cutting the Ribbon for Derry O’Dowd 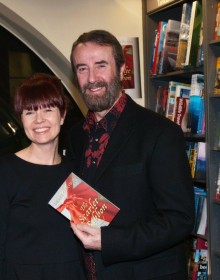 The Scarlet Ribbon, the debut novel from Derry O’Dowd, is the fiction line launch novel for The History Press Ireland. In an unusual collaboration between father and daughter, Michael and Katy O’Dowd (writing under the pen name Derry O’Dowd), the novel is a romance, set during the years 1737-1742 in Paris, London, Dublin and Galway. 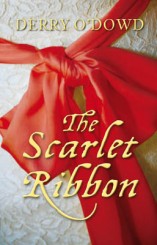 The Scarlet Ribbon, the debut novel from Derry O’Dowd, is the fiction line launch novel for The History Press Ireland. In an unusual collaboration between father and daughter, Michael and Katy O’Dowd (writing under the pen name Derry O’Dowd), the novel is a romance, set during the years 1737-1742 in Paris, London, Dublin and Galway. It follows the story of a young surgeon, James Quinn, battling prejudice and suspicion in his controversial quest to become a man midwife, and the women who change his life. As Michael O’Dowd explains, ‘from the backstreets of Paris, through the glittering social whirl of London, and finally back to Ireland again, this is a story of the thorns of love and the harsh reality of life in the eighteenth century, where nothing is simple and complications of all kinds surround James Quinn, man midwife.’

So how did Inkwell help? Katy O’Dowd says:

I had been looking for a home for The Scarlet Ribbon and was going through the whole submitting and waiting process when I happened upon writing.ie.  I joined the site in March 2011 and on 4th April saw a post by Vanessa O’Loughlin in ‘Publishing and Submission Opportunities’ saying that The History Press Ireland were opening their doors for fiction submissions. I emailed them and got a very nice reply, so went back onto writing.ie to say so and Vanessa asked me to keep in touch with progress.

And I got to know Vanessa from there, when The History Press Ireland accepted The Scarlet Ribbon for publication she was one of the first people I got in touch with to tell, rather excitedly as I recall! And since Derry O’Dowd is unagented, she was able to refer me to a specialist for help with the contract. Vanessa was also one of the first to see the cover, and when it came time to launch the book it was only right that she would be the person to do it, as without writing.ie and her help The Scarlet Ribbon would not have found such a good match and a good home.

Katy has worked for Time Out, Associated Newspapers and Comic Relief and her articles have appeared in The Times (London), Metro (London) and many other arts and entertainment publications, paper and online. She flits between Galway and London and has two sons – a pre-schooler and a teen – a husband, an elderly boxer dog and rescue cat. Katy enjoys really bad TV shows, B movies and creature features. Katy blogs at www.katyodowd.com and can be found on twitter @katyod

Michael O’Dowd has written extensively about historical medicine, with his titles ‘The History of Medications for Women’ and ‘The History of Obstetrics and Gynaecology’ among his published titles. He has also written the award-winning radio play ‘Death of a Jogger’ and ‘Changeling’ a musical drama for Access TV, shown on RTE. He is the National Chairman of the Institute of Obstetricians and Gynaecologists of Ireland but is now retired from clinical practice.

You can read more about Derry O’Dowd at www.derryodowd.com 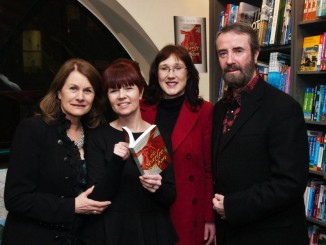