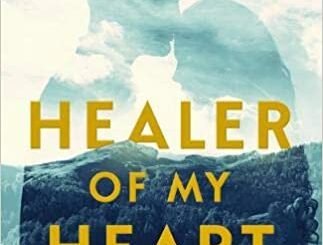 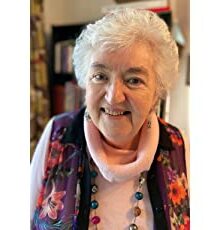 So. I had this manuscript. It was a first draft and a bit rough round the edges, but it was there. There was a pile of printed paper with a beginning, a middle and an end. My working title for it was Shalom. I took it out every so often,…

So. I had this manuscript.

It was a first draft and a bit rough round the edges, but it was there. There was a pile of printed paper with a beginning, a middle and an end. My working title for it was Shalom. I took it out every so often, leafed through it and thought of everything that was wrong with it as well as everything that wasn’t bad about it – and put it back in the drawer again.

At that time I was working on another novel (which became Maker of Footprints) and also writing frequent articles for a national newspaper. My schedule was busy, my life full. But Shalom whinged and whined away in the drawer like an annoying toddler. I think what made it particularly difficult for me to ignore was the fact that I loved it. I loved the people in it (well, most of them, anyway), I loved the emotional journey that the main characters undertook, I loved the places that they went, the sights that they saw and every breath they shared. As I came near to completing that first draft, I had taken myself away for a week to be alone and really concentrate. I remember typing the last full stop and tears dropping onto the keyboard. I didn’t want to leave these people to go on without me. I really didn’t. I would know them if I met them in the street.

So far, so sickening!

Like a faithless lover I moved on to the next novel, and pitched more newspaper articles. The toddler sobbed away in the drawer. I went to a writers’ conference and a friend offered to read Shalom. She missed several talks in order to finish it because, she said, she just had to know what happened. I submitted to several agents and publishers and got the standard “Sorry, but wish you well elsewhere” replies, the type that paper the walls of most writers. The toddler hadn’t grown up and went back in the drawer.

Then came a day when I took it out again and read it right through, beginning to end. When I finished I knew this novel was good. It just wasn’t good enough. Lapse of time had given me distance and hence perspective. I noted down the things that I could see were wrong with it. And then I thought “Dammit, I’m going to fight for this novel!”

That was when I contacted Vanessa at Inkwell and yelled “Help!” Vanessa gave my manuscript to journalist and novelist Mary Stanley to do a Reader’s Report. I was so privileged to have the talent and expertise of Mary to look over my draft.

Mary sent me a comprehensive report and it was the best thing that could have happened to my whining toddler. She highlighted issues of continuity, ambiguity, motivation and clarity. She brought a first-time reader’s detachment to a story that I knew too well to judge with the ruthless acuity that it needed.

In practical terms, I did several things as a result. I completely rewrote the beginning and the ending. I re-ordered some scenes where Mary felt the action was too broken up and might cause confusion to the reader. I had to work on motivation – one character in particular didn’t have his actions strongly enough portrayed, so a few scenes needed more muscle put into them. There were little things to fix too, things that could be so important to a reader’s fuller understanding. For example, the reader needed to be reminded who Gemma was. She hadn’t been mentioned in a while so just inserting “Neil’s sister” into the sentence smoothed that one over. Mary pointed out that I knew my characters so well that I was forgetting that the reader was just getting to know them for the first time. I needed to keep that in mind and, if they were going to gain the reader’s sympathy, I had to draw the characters more clearly earlier on. I applied this insight to a reworking of some of the early scenes with the main female protagonist.

The benefit I gained from Inkwell’s Reader’s Report wasn’t just practical, however. It refreshed my view of the story, it set my imagination on fire again, it lit the fuse of determination to get this right once and for all, because this story was too good to allow to be less than the best it could be. So I cut scenes. Some passages weren’t bad but they were unnecessary clutter, blunting the emotional resonance. They went. In the middle of one night, I got out of bed and wrote a completely new scene by hand at the kitchen table. It had come to me in the dark and was just perfect for adding an extra dimension to one of the critical characters whose emotional state needed to have a more nuanced portrayal.

I would not be truthful if I did not say that I did not always agree with some of the points in the report. But I think this is to be expected with something as individual and subjective as fiction. Everything in the report made me think and then I had to make up my own mind – on what was in harmony with what I wanted to say, how I wanted to say it and stay true to my own individual voice.

So. I had this manuscript – the whiny toddler in the drawer. It went through an Inkwell Reader’s Report, grew up, and became Healer of My Heart.I shall be privileged if you find time to read it and I do hope you enjoy it.

About Healer of My Heart 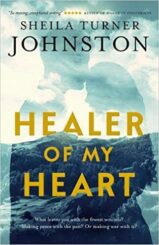 Why are we so angry with each other? Because there is nothing else left to be. Intense and riveting, this is the powerful story of two lives that collide on a relentless path from an unforgiving past to a future to be grasped … or lost. Rookie teacher Robyn Daniels drives away everyone who tries to come close to her. Her emotions are locked in impenetrable ice until a flawed, charismatic and headstrong young man attacks the frozen layers of this woman who entrances him. From despair to delight, from trust to betrayal, will he be the healer of her heart? Or will even he walk away before his own is broken? Lyrical, thought-provoking, unforgettable, this remarkable novel will stay with you long after you have closed the last page. What leaves you with the fewest wounds? Making peace with the past? Or making war with it?