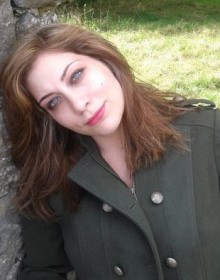 I was convinced long before I heard about The Inkwell Group that I’d just written a bestseller. I suppose this wild confidence comes to many writers after they type the much anticipated words ‘The End’ after years of hard work and mental anguish…perhaps this was just me. But the confidence…

I was convinced long before I heard about The Inkwell Group that I’d just written a bestseller. I suppose this wild confidence comes to many writers after they type the much anticipated words ‘The End’ after years of hard work and mental anguish…perhaps this was just me. But the confidence would soon subside and reality came to rear its ugly head, mainly in the form of the innumerable rejection letters that came through the mail.

From the get-go I was very wary about reaching out to a publishing consulting agency and was quick to learn of the inviting scams and cons, appealing with promises of making your book the next bestseller for a price. However, it is biological truth that New Yorkers are structurally more immune to such prospect. In fact, I was so suspicious, that I almost missed out on the opportunity of a lifetime…

I knew I had a story with potential…thing was, nobody else did. After joining Facebook’s ‘Irish Crime Fiction’ page soon after moving to this country, someone referred me to Inkwell. Enter Vanessa O’Loughlin.

Last October, she introduced me to Editor Alison Walsh, a woman sure to knock a person off their literary high horse with eye-opening revelations about what needs to be done in their writing, and I say this with all the love in the world. She wasn’t like many of the editors I had met; you know the kind, the self-righteous ones that speak because they like the sound of their own voice. And while I soon learned that it’s an editor’s job to crush your work and find all the faults, I never imagined that it would make my work that much better. I learned a valuable lesson from Alison: always strive for better than what you have. This was a concept I’d never fully understand, always a tongue-in-cheek phrase beforehand, until she critiqued my work.

Then came the painstaking next draft of my novel, ‘The Assassin’s Keeper.’:

Months later, Vanessa introduced me to Helen Falconer, who I endearingly refer to as Saint Helen. And after a good six hours and about a hundred cups of coffee, we buzzed over this next draft of my book. She saw things I never did in the book; the denial of a writer who is WAY too close to their work that they can’t for the life of them see what the readers see. Helen showed me where I tied myself in knots, where the holes were, where the reader didn’t understand when I wrote with the assumption that everyone knew this book the way I did…  Not only was she a great editor for me, but I am glad to call her my friend, a person who understands the tedium of this work, this long and lonely road that too many assume is easy.

I was so happy with the results, that it was only days later that I sent her a second novel I’m currently working on, ‘The Children of Freedom.’ And I must say, her suggestions and edits are taking this book to places I never even dreamed of…and I’ve never been more excited in writing. Never.

Since then, I’ve been nominated of the Crime Writers’ Association (CWA) Debut Dagger award in London for ‘The Assassin’s Keeper’ for best debut crime novel. Talk about screaming every swear word known to man with joy! I am meeting some of the best authors of the industry, being interviewed in the media for my work, making meetings with publishers of some of the world’s leading publishing agencies…Me, the woman from New York who had nothing but the worn leather jacket on her back and five dollars, which I spent on a notebook and a pack of pens.

Finding the Inkwell Group was one of the greatest things to ever happen for my writing. Through the agency, and all the amazing people who work there, I am approaching doors I never knew existed. More importantly, I am growing as a writer…I’m growing into an author. I have all intentions of using them for my next draft and for every other reason I could possibly use them for in the future, and I will with full confidence that these guys know their stuff. I am thankful. I have no regrets. And I have no reason to lie to you.

No matter where you’re at with your writing, get connected to The Inkwell Group. I can’t vouch for them enough.

Late on a Tuesday night Aine finished her novel and hit send.  It arrived in Vanessa O’Loughlin’s inbox and she didn’t have to read much to know it was something very special. Just back from meetings in London, Vanessa knew an agent who was looking for a brilliant crime novel and sent it straight over. Simon Trewin of WME started reading it immediately, and as Aine says, ‘I finished my novel on Tuesday, Simon read it on Wednesday, signed me on Thursday and sent it to Kate Elton on Friday. The deal was finalised overnight on Monday and I hope I don’t wake up tomorrow and find it was all a dream’.

Aine O Domhnaill is now Jax Miller. And the book is Freedom’s Child.

FREEDOM’S CHILD is a heart-stopping thriller centred around Freedom, who has spent the last eighteen years under Witness Protection after being exonerated for her husband’s murder. When the daughter she gave birth to in prison (and consequently had to give up for adoption) goes missing, Freedom slips her handlers determined to rescue her child. No longer under the protection of the US Marshalls, she is targeted and tracked by her husband’s psychotic brothers – who will stop at nothing in their quest for vengeance against the woman who killed their brother…

Kate Elton, Director at HarperFiction said: ‘I couldn’t have been more astonished when I discovered that this incredibly accomplished, meaty thriller was a debut novel by a twenty-eight year old. Freedom is one of those characters you just fall in love with. Wherever her journey takes her, you want to follow – and Freedom never loses her incredible resolve and determination to save the daughter she only knew for two minutes and seventeen seconds. I am hugely thrilled to have acquired two novels by this amazing new talent for the HarperFiction list.’

Simon Trewin said: ‘This manuscript came to me via editorial consultant Vanessa O’Loughlin at The Inkwell Group in Dublin and my Kindle almost caught fire with the speed I was clicking onto the next page. The international interest is immense – Freedom is a truly original character – just what the world needs.’